My Game Changers Review: Should you go Vegan? 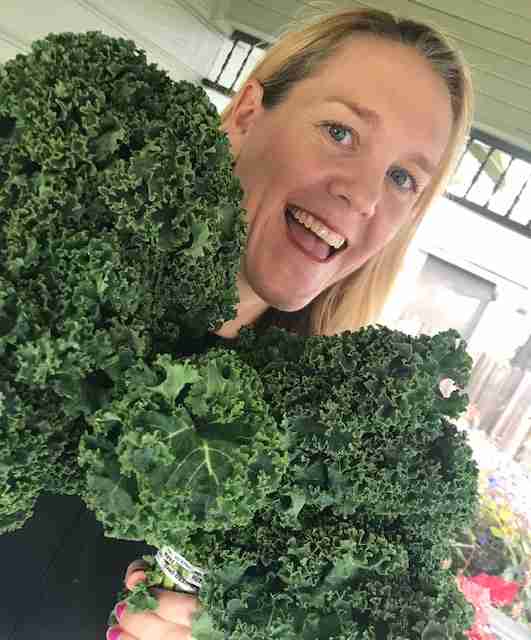 I finally saw #gamechangers and while it wasn’t a game changer for me personally, I know a lot of people are now jumping on the vegan bandwagon. Game Changers argues that eating any animal products—including meat, fish, eggs, and dairy—can worsen athletic performance, clog your arteries, impair sexual function (decrease potency of erections for men), and shorten life span.

The problem with Game Changers is that it only presents one side of the facts, via controversial sources, with grand extrapolations from small studies, and statements that are flat-out misleading. It reminds me of another sensational food film called, What the Health, which was way more annoying and even less compelling.

Game Changers is also incredibly reductionist, encouraging ‘nutritionisn.’ This way of viewing single foods, or the exclusion of foods via a vegan diet, is overly simplistic. Michael Pollen coined this term and argues that a food’s nutritional value is more than the sum of its parts. Nutrients and diet are only a small piece of our overall health.

Even before Game Changers, veganism has been on the rise. According to research firm Global Data, there has been a 600% increase in people identifying as vegans in the U.S in the last three years. In 2014, only 1% of U.S. consumers claimed to be vegan. In 2017, that number rose to 6%. Since, 2014 to 2019, there has been a seven-fold increase in ‘veganism.’ That’s big business $$$.

Should I go Vegan?

As a dietitian, it’s no surprise that I get asked about what “the best” diet is. My answer will not be the most popular, because I’m not promoting any films or selling any books. And, I also don’t endorse any one specific diet for anyone. As an intuitive eating coach, I guide people to listen to the wisdom of their own bodies, so that they can determine what foods feel the best from the inside out.

Some bodies thrive on vegetarian diets, some do not. It’s essential we learn self-awareness practices to deeply connect and listen to the signals and feedback of our bodies. I want everyone I work with to become their own nutrition expert, instead of relying on outside ‘authorities’ to tell them what and how much to eat. This approach is far more empowering and sustainable in the long run.

The vegan diet is NOT inherently healthier than any other diet. Sorry!

If however, I were to endorse a specific diet, my evidence based training leads me back to the Blue Zones research.  Researchers have studied the healthiest groups of people worldwide and they’ve identified a cluster of variables that contribute to longevity and good health, i.e., living disease free.

The Mediterranean diet is largely plant based with emphasis on whole foods, very little to zero processed foods, lots of fresh fruit and veggies, nuts, seeds, limited dairy, and moderate alcohol (red wine seems to win!). Red meat and other animal products are used to flavor dishes as opposed to the main meal, as it is done in good ol’ Merica. The animal based foods consumed have anti-inflammatory properties from omega-3 fats, and are found in salmon, sardines, and eggs. Indeed some animal foods are health promoting, but Game Changers avoids these areas because it wouldn’t further their agenda.

People who follow a Mediterranean diet live longer (some up to 100! in the Blue Zones) and live disease free. Blue Zoners also have other factors that buffer them from disease: community support, spiritual connection, daily physical activity, non-smoking lifestyle, stress reduction, to name a few. Again, nutrients and diet are only a small piece of our overall health.

If you want to experiment with veganism, it’s important to know where and how the foods are made. A lot of vegan foods are not ‘real’ foods; they are highly processed ‘food creations’ that mimic their non-vegan counterparts. Think fake meats and fake cheeses. This doesn’t mean you shouldn’t eat these foods, or that I don’t, it just means that vegan foods are not automatically healthier.

A word of caution to dieters...

Generally speaking, I love the idea of people eating more plants and less meat overall. It’s definitely better for the environment and kinder to our animals. What I’m concerned about is people treating veganism like another diet.

If you are not already eating a plant-based diet, check yourself so that you don’t treat this like another diet. One in which you go ‘on’ and then, ‘off.’

If it feels restrictive in any way, after the first week or two, this might be a sign that it’s not sustainable for you. Deprivation and restrictiveness with eating always leads to increased preoccupation with foods, inevitable food obsession and encourages black and white thinking patterns. For example, you are following the vegan diet and are ‘good’ but then slip up and eat a cookie with butter in it, you’ll feel ‘bad,’ and then reject the vegan diet altogether. Neither sustainable nor fun.

A healthy diet is one that is sustainable, flexible and enjoyable. We want to be realistic with our lives and eating 100% vegan is neither realistic nor practical for most folks.

Do you want to be healthier?

One of the major wins from Game Changer is that this film has definitely increased awareness and helped further the trend to eat more plant-based foods. And, this is an area where most Americans can improve upon.

If you are feeling inspired to go vegan or even vegetarian to improve your health, start with adding more plants to your diet now. Most Americans do not consume the recommended ‘5 a day’ servings of veggies and fruits. The research supports that this is a good step to improve your overall health without the need to go to the extreme avoidance of all animal products.

Remember, a healthy relationship to food and your body is one in which you are practicing intuitive eating, and can tune in and listen to what and how much food your body actually wants. This is a moment-to-moment daily practice. It is flexible and encourages you to trust your body to guide you to the right set of foods to feel good, satisfied and balanced.

To your health AND happiness!

As a Nutrition Therapist and Certified Intuitive Eating Coach with a background in both nutrition science and psychology, I guide people to find their own philosophy of eating which results in freedom and empowerment around food and weight issues.